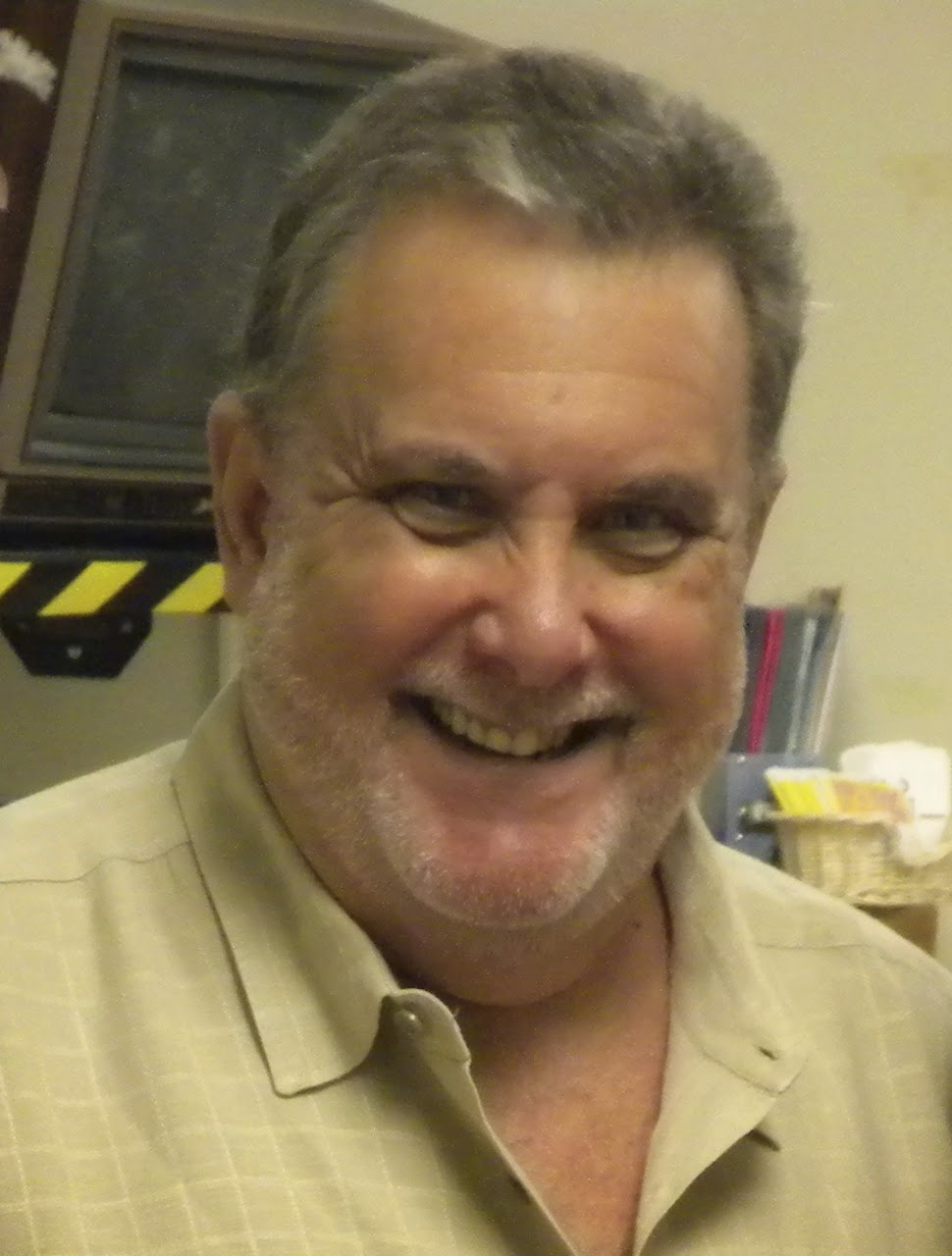 It is time again for my weekly NFL picks, as well as my winners in games involving state of Florida college teams.

Today, we also kick off the baseball divisional playoffs, so I will also be bringing you my picks and analysis of all four series.

But, I’ll begin with FOOTBALL.

Remember, I select the games based on the national telecasts, the Dolphins’ game, and at least one of the doubleheader games on Sunday.  Since the Dolphins are off this week, we’ll find another game.

These selections are for ENTERTAINMENT PURPOSES ONLY.  Don’t forget that wagering is illegal at Bushwood, sir.

FOR ALL YOUR REAL ESTATE NEEDS IN THE VILLAGES AND THE OCALA AREA IN CENTRAL FLORIDA, CALL ME! 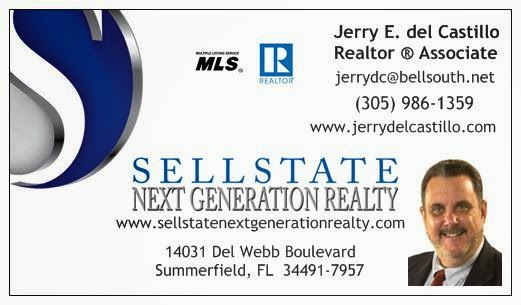 Here are my SUPER SEVEN picks this week in the NFL:

My picks are highlighted.

The Packers and Aaron Rodgers rebounded quite nicely last week, while the Vikings upset the Falcons.  I’ll stick with the Packers this week, even though the spread is a big number.
Sunday

The Eagles offense was dominated by the 49ers defense last week.  Watch for Nick Foles, LeSean McCoy, and Darren Sproles to take care of business this week against the Rams.

The Saints are a much different team at home.  I was very impressed with what the Buccaneers did to Pittsburgh last week, but I’m afraid they will come down to earth on Sunday.

Andrew Luck has eight TD passes over the last two weeks.  Gotta ride that horse while it is going good.

Trouble brewing in NY.  Is Michael Vick in their future?  No such problems in San Diego.  The Chargers are really good.

Hard to pick against the Patriots at home, but they are looking more and more like a very ordinary, mediocre team.  The Bengals, on the other hand, are playing well enough on both sides of the ball to take care of the Pats.

Here are all this week’s NFL games and point spreads:

My picks are highlighted

Methinks that UCF will take this one, but they're  going to need their defense to step it up.  QB Justin Holman got some valuable experience against tough opponents Penn State and Missouri in UCF’s first two games of the season. Houston is not in that class.

Speaking of defense, FIU has shown an excellent defense this year.  If they can contain FAU QB Jaquez Johnson, look out.   FIU’s freshman QB Alex McGough has been improving every week.  The Panthers in the upset.

This game may boil down to the home field advantage and the harsh reality that Gator QB Jeff Driskel has been mediocre and inconsistent, at best.  Both teams have the athletes.  Florida has dominated the series lately. Regardless of their QB issues, I will stick with the Gators.

The last two times these teams have met, the Demon Deacons have lost by a combined score of 111-3.  They've lost the last two games at Tallahassee by a margin of 83-0.  Nothing to see here.

The Canes’ defense is going to have to rise to the occasion against the Yellow Jackets’ offense.  The Canes played well against Duke, and freshman QB Brad Kayaa continues to grow every week.  They really need to get Duke Johnson more involved, however.  The talented group of receivers need to be a factor, as well.  I will take the Canes on the road, but that is more of a pick of the heart.

Now, we go to the baseball diamonds.

Great play-in games, as the Royals and Giants joined the playoff party, eliminating the A’s and the Pirates, respectively.  Now we get serious, and we have the best-of-five divisional series.

Here are my picks for these series, so let the games begin.

The Tigers, with Max Scherzer, Justin Verlander, David Price, and Rick Porcello have the better starting rotation.  Anibal Sanchez, just coming back from injury, will be in the bullpen, and he will be a factor.  The Tigers’s pitching held the Orioles to a .228 batting average this year in their six games.  Victor Martinez and Miguel Cabrera lead the offense. while Torii Hunter, Rajai Davis, Nick Castellanos, Ian Kinsler, and JD Martinez have more than held their own on offense.  However, the Tigers are the worst defensive team in the playoffs, so they are going to need their starting arms and their bats to carry them.  Their bullpen has also been atrocious, and their ERA from the seventh inning on is 4.26.  Joba Chamberlain is the eighth inning guy, and Joe Nathan is the closer. They don’t have a lot of room to wiggle if their starters don’t carry them.  With three Cy Young winners in that rotation, they hope it doesn't come down to the bullpen.

The Orioles, led by my manager of the year Buck Showalter, ran away with the AL east, even though they lost Manny Machado, Crash Davis, and  Matt Wieters.  The top three in their rotation - Chris Tillman, Wei-Yin Chen, and Miguel Gonzalez have been very good, and their bullpen is one of the strongest in the playoffs, with closer Zach Britton leading the group.  However, it doesn't seem to me like this matchup is in the Orioles' favor.

If the Tigers starters are at the top of their games, and they steal at least one game in Baltimore, they should win the series.

Even though the Royals advanced in a very exciting play-in game against the Oakland A’s, their manager, Ned Yost, did everything in his power to lose that game for his team.  They won in spite of him.  Mike Scioscia, on the other hand, is still one of the best managers in the game.  However, this series will be won on the field.

The Royals have the better pitching overall, and their bullpen is probably the best in baseball.  They run, run, and run to try and manufacture runs.  However, they can’t steal first base.  The Royals will have Jason Vargas starting in game one, and Yordano Ventura, who got rocked in relief against the A’s, in game two.  Those two games will probably seal their fate.

The Angels have more talent in their everyday lineup, and my MVP this year, Mike Trout, leads a formidable lineup, that includes former MVP’s Josh Hamilton and Alberto Pujols.  Remember, they led the AL in runs scored this past season, with 773.  On the pitching side of the ledger, they are going to need their top three of Jered Weaver, Matt Shoemaker, and CJ Wilson to carry the load.  Their bullpen has been very good, after adding  Jason Grilli and closer Huston Street.

To paraphrase an old saying from the past, “Kershaw and Greinke, and pray for rain”.  The schedule for this series doesn't help the Dodgers out after their top two starters.  Hyun-Jin Ryu has been injured, while Dan Haren has been mediocre, at best.  The Dodgers woke up offensively in September, especially after they settled on an outfield of Carl Crawford, Yasiel Puig, and Matt Kemp, who has been on fire since the All Star game.

For the Cardinals, Adam Wainwright is the best pitcher not named Clayton Kershaw, and it will probably boil down to two match-ups between these two monsters.  Lance Lynn vs Greinke isn't a bad confrontation, either.  Where the Cards will probably have the advantage is with John Lackey and Shelby Miller against the Dodgers’ #3 and #4, unless Don Mattingly decides to pitch Kershaw and Greinke on three days’ rest.  That may not be the optimal solution for LA, but it may be all they have.  The Dodgers’ closer Kenley Jansen has been lights out, but the rest of the group - Paco Rodriguez, Jamey Wright, Brandon League, JP Howell, and Chris Perez will need to step it up.

The Cardinals had a better over-all bullpen than the Dodgers, but there is one bit of caution . . . the three late-inning guys for the Cards - Trevor Rosenthal, Seth Maness, and Pat Neshek, appeared in 73, 72, and 71 games respectively.  Will fatigue be a factor?  They also have Michael Wacha in the pen this season, after he was the MVP in the NLCS last season.

If the Cardinals are able to steal one of the first two games in LA, then they become the prohibitive favorites to win the series.

The Nats ran away with the NL East, and it was a combination of starting pitching and offense.  It doesn't get any better than Stephen Strasburg, Jordan Zimmermann, Doug Fister, and Gio Gonzalez.  Their bullpen has been their weakness, even though Drew Storen has been excellent since replacing Rafael Soriano late in the season as the closer.

Manager Bruce Bochy and the Giants are definitely post-season tested.  Madison Bumgarner has been awesome this season, while San Francisco has gotten decent results from veterans Tim Hudson, Jake Peavy, and Ryan Vogelsong.  A strong second half by Buster Posey led the way offensively, but their bullpen has been a little inconsistent. Pablo Sandoval and Hunter Pence always seem to shine in the post season.  Watch for Tim Lincecum and Yusmeiro Petit to play prominent roles coming out of the pen, if needed.  They win every two years (2010, 2012).  Can they continue this trend? At least, against the Nats, they will.

Behave yourselves, and remember that tomorrow will bring us another day.  Enjoy the weekend!!
Posted by Sports Jam Session / Descarga Deportiva at 2:38 PM